Should You Get a Second Opinion On Your Kidney Cancer Treatment? 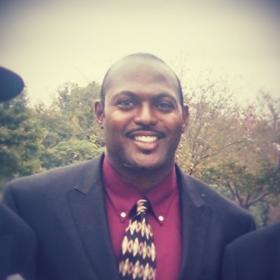 I’m 58 years old and live in Sicklerville, New Jersey. In normal times, summer is my favorite time of year. I’d have been looking forward to it this year, if COVID-19 hadn’t happened and forced me to delay my surgery for kidney cancer.

I was diagnosed with kidney cancer in August 2019. An initial MRI showed atrophy on my kidneys, but it wasn’t clear how long that had been going on. My primary care doctor referred me to a urologist who noted that not only was there atrophy in my kidneys, meaning their filtration was decreased, but I also had tumors in both of them. That’s when he referred me to Fox Chase, specifically to see Dr. Robert Uzzo, a urologic oncologist.

I wouldn’t say I was tremendously surprised when they found the tumors. I guess I always thought that something would happen because my mother has had so many comorbidities—she actually had kidney cancer as well and had a kidney removed—and my brother has had a lot of health issues too. I was lucky not to have any major problems for so long, but I was kind of waiting for the other shoe to drop.

Still, it wasn’t easy to hear the news. I had to wonder: Am I going to end up on dialysis? Is this going to be the thing that possibly ends my life? It was definitely jarring.

Because I’m a little claustrophobic, I had my first MRI done as an open MRI. However, that meant the results were inconclusive, so when I got to Fox Chase, Dr. Uzzo ordered another one. It turned out that I had multiple tumors in each kidney. On my left kidney, the cancer was stage 3 because the tumors had invaded the kidney veins. As a result, I had the kidney removed in October 2019.

While I was in the hospital for surgery, I saw Dr. Uzzo pretty much every day. He made a point of coming to my room frequently and checking on me to see how things were going. I could not have asked for a better physician and surgeon. He and his fellow were extremely attentive and made sure everything was fine and that I was comfortable, all the way up to discharge. For that I’m very thankful I ended up at Fox Chase. I could not have had a better experience for what I had to endure.

On my right kidney there were seven tumors measuring from several millimeters to just smaller than a golf ball. They were buried deep within my kidney. I saw Dr. Uzzo for several follow-ups after having my left kidney removed so we could talk about next steps for my right kidney. He said they would need to operate, but that this would be kidney sparing surgery, and not kidney removal, because the cancer wasn’t as advanced as it had been on my left kidney.

I came to regret not having scheduled that second surgery immediately, because everything changed so quickly when COVID-19 hit. My right kidney operation was originally scheduled for April 1, 2020, but it had to be rescheduled for April 29 due to COVID safeguards.

I understood there were more urgent things going on that required surgeries, but I couldn’t help worrying that I might come down with the virus and how that would affect my surgery, or, God forbid, if Dr. Uzzo were to get the virus. He’s the doctor that I trust.

Luckily, my surgery happened as scheduled on April 29. It was more complicated than the first one, because it was a partial kidney removal as opposed to total removal, and also because of all the extra COVID precautions.

But everything went better than I had expected. The entire staff was phenomenal, from nurses to doctors to residents. They were very particular about protecting everyone: There was only one patient per room and everyone was masked and gloved. You could not get a better level of care anywhere else. Most importantly, they removed all the tumors and kept me off dialysis!

If you didn’t start out at Fox Chase, you need to end up at Fox Chase. They were with me every step of the way. During my first surgery, I was extremely well cared for. Then, when the second surgery was initially delayed, Dr. Uzzo called me personally to make sure I was OK and see if I had any questions.

Even when I was discharged, doctors called me frequently to follow up. They continue to tell me that no matter how small the issue is I should call them. That’s the kind of care everyone deserves.