Karin McAnlis: Pushing Past Cancer to Give Back to Others 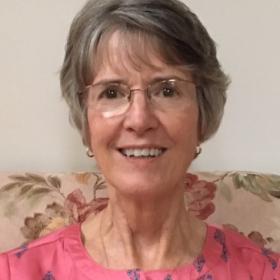 Simply having the knowledge that I was at high risk for cancer and that I had options for prevention was in and of itself empowering.
‐Karin McAnlis

RAP introduced me to Dr. Mary Daly, the director of the risk assessment program. Dr. Daly explained all my options clearly and was very informative. After weighing all factors, I decided having a preventive hysterectomy would be the best route for me, so in 2003 I had surgery to remove my uterus, cervix, fallopian tubes, and ovaries. I then donated my ovaries to Fox Chase for research purposes.

My physical recovery went smoothly, and I was taking the drug tamoxifen as a preventive measure for breast cancer. However, because of the surgery I had become menopausal, so my hormones were out of whack. I became depressed, and I did not find much interest in things. I mentioned all of this to my primary care doctor, who suggested an antidepressant. It helped. With time my body adjusted to the new hormone levels.

Thankfully, I had my three beautiful children and husband by my side. My husband and I have been married for 43 years now. We met at Princeton Theological Seminary, where we were both studying to be ordained Presbyterian ministers. Since then, I have worked in several churches in the greater Philadelphia area as an associate pastor and as a chaplain.

My faith has remained a constant in my life and was a great comfort when I was told I had premalignant pancreatic cysts. It was the fall of 2017 when I began to experience a lot of stomach pain. I went to my primary doctor and was then sent to a local hospital in New Jersey for an endoscopy to get a better look from the inside. They found something on my pancreas, but they were not exactly sure what it was. Due to my RAP experience, I knew I needed to go back to Fox Chase.

At Fox Chase I met with Dr. Sanjay Reddy, a surgical oncologist. He had this way of putting me at ease when outlining my treatment plan. I felt calm and well informed. In January of 2018 the cysts were confirmed as being premalignant, and that April Dr. Reddy removed the cysts and part of my pancreas.

Due to my age, my recovery from the surgery took a bit longer than before, but overall I felt empowered by both of these surgeries. It was quite a positive step toward being proactive and taking control. Simply having the knowledge that I was at high risk for cancer and that I had options for prevention was in and of itself empowering. For the entire year after my surgery, I came to Fox Chase every three months to have MRIs and blood work done to check on my pancreas.

In October 2018 I began a two-week course of chemotherapy under the direction of Dr. Michael Hall, followed by six weeks of radiation under Dr. Joshua Meyer. It worked! I was cancer free again and started going back every three months for checkups after my treatment.

The people who scheduled my appointments at Fox Chase acted like they had all the time in the world for me. Since I had to see multiple doctors and lived an hour away, they would try to schedule all of my follow-up appointments for the same day. They would even make sure I had breaks in between my appointments, often saying things like, “Well go have breakfast and then come back.”

Everyone I encountered at Fox Chase were nothing but helpful, positive, and compassionate. Dr. Reddy, Dr. Hall, and Dr. Meyer all collaborated together. They realized they were each requesting an MRI for me and switched it so I only had one scan that they all could share.

This past October was my one-year mark of being cancer free. Through it all my faith helped me accept the reality of my diagnosis and has encouraged me to look for God in all situations. I have the pleasure of watching my four grandchildren once a week. They keep me on my toes.

I really think Fox Chase is a great place. They helped me in my times of need and gave me a second chance. I cannot thank my team enough for giving back to me so I can give back to others.