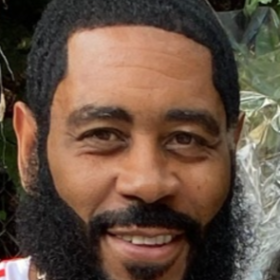 “I set up an appointment with Dr. Reddy, and immediately I felt comfortable and safe. The first time I talked with him I knew he was the guy I wanted to do my surgery. I knew he was going to do the best job for me.”
‐David Young

My wife Catrina was the first to notice something was wrong. I remember we were out playing Topgolf one day when she told me that the whites of my eyes looked really yellow. Later on, my skin would start to itch, and my urine would turn a dark shade of yellow, but my eyes were the first to show any signs. I told her that I felt fine, but she insisted that I should get it checked out.

I work as an operating room attendant at Einstein Medical Center, so I asked a doctor from work what he thought I should do. He echoed my wife’s concerns and told me that I should get my bloodwork done. So I went to my local urgent care and asked them to test my blood, and sure enough, they found really high levels of bilirubin in my system, a sign that something was wrong. When the doctors saw that, they said I had to hurry up and get myself to a hospital.

I went back to the hospital and they ended up doing a CT scan on me, which is how they found the roughly 3-centimeter tumor attached to my pancreas. That was the beginning of me knowing that I had something wrong.

I remember after they told me I had pancreatic cancer, my wife and I just curled up next to each other on the hospital bed for almost two hours, not saying anything. I was just really scared and didn’t know if there was anything that could help me. I really thought I was going to die. I was only 52 years old.

My first instinct was to seek treatment at Einstein. I know a lot of doctors there and knew I would get great treatment. I met with one of their oncologists and we went over my options, but my wife and I talked it over and decided we wanted a second opinion.

A friend of mine who works at Fox Chase Cancer Center suggested I speak with Dr. Sanjay S. Reddy, a surgical oncologist. I set up an appointment with Dr. Reddy, and immediately I felt comfortable and safe. The first time I talked with him I knew he was the guy I wanted to do my surgery. I knew he was going to do the best job for me.

Some people say it’s impossible to coordinate treatment from two different health systems at the same time, but Dr. Reddy and my oncologist at Einstein communicated throughout the entirety of my treatment. The two were always on the same page, and I really loved that about them.

Something You Can Beat

Before my surgery, the doctors wanted to shrink the tumor as much as possible. I started chemo four weeks after my initial diagnosis. I underwent 31 days of chemo with FOLFIRINOX, which is a combination of four drugs in pill form, and at the same time I underwent radiation therapy. So I had a heavy dose of chemo and radiation, both at Einstein, before I had my surgery at Fox Chase.

The chemotherapy wasn’t easy. My fingers and toes started tingling and turning black, and I was very fatigued the whole time, but I got through it. Dr. Reddy told me “David, it’s up to you. Trying to fight cancer and beat it, it’s 95% mental.”

Once he told me that I had a different outlook because he gave me the confidence and the mindset to look at it as something you can beat. That turned out to be true, because the surgery was a success, which is saying something, because I had a very complex operation that Dr. Reddy is very experienced in. It’s called a Whipple procedure, and it involves the removal of the head of the pancreas, the first part of the small intestine, the gallbladder, and the bile duct.

On the Road to Recovery

I had a massive support team throughout this whole ordeal—everyone was there to help. I think I had a good 80 to 100 people in my corner. My wife played a big role in pushing me forward during the worst of the chemotherapy. She’s just the best. My family, my kids, cousins, my wife’s family, a lot of the doctors I work with, all of them helped me get through this. Without them, it would have been a lot tougher.

I’m still recovering from some of the side effects of my treatment, but the doctors say I’ll be back to normal in a few weeks. When that happens, I’m looking forward to my first vacation in years, and even basic things like going back to the gym.

If there’s someone who’s just starting their fight with cancer, I’d let them know that they need to accept whatever help they can get and open themselves up to their friends and family. Don’t let pride get in the way. Stay positive and know that you have a chance to beat this disease.