William Bojanowski: Living Life to the Fullest After Neuroendocrine Tumors 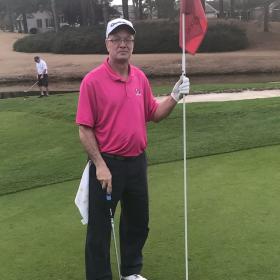 “Friends, family, even people I know in the medical field asked if I was going to get a second opinion. I never felt like I really had to. I always felt Fox Chase was the best place available.”
‐William Bojanowski

In October of 2020, at 59 years old, I started having some back pain. I worked in construction, so lower back pain was normal, but this time the pain was in my upper back. I went to my primary doctor and she noticed that my kidney was not functioning fully. She thought it might be due to my diabetes medication.

After two months of a lowered dosage of medication, my pain only got worse. I was sent to the local urologist, and when he saw something on my X-rays he immediately referred me to Fox Chase Cancer Center.

At Fox Chase, I first met Dr. Alexander Kutikov, chief of urologic oncology, who confirmed my kidney was not operating properly. He put a stent in, which was used to buy us time until we could figure exactly what was going on.

I then met Dr. Namrata “Neena” Vijayvergia, a medical oncologist, who after a CAT scan and biopsy, determined that I had a neuroendocrine tumor. She recommended a targeted therapy as the first course of action to slow tumor growth.

After my first targeted therapy treatment, I was in a lot of pain and very nauseous. Turns out I was also severely dehydrated. So for my next two treatments, I was changed over to another targeted therapy that was just as effective, but with no side effects.

Dr. Sanjay Reddy, a surgical oncologist, was also part of my Fox Chase team. Dr. Reddy recommended I have surgery to remove the tumor. So on May 21, 2021, Dr. Reddy removed my gallbladder, spleen, and half my pancreas, and Dr. Kutikov removed my kidney.

Before the surgery, I underwent a special scan with a very specific dye that made the neuroendocrine tumor glow, making it easier to find. But during surgery they saw something behind my kidney that was not glowing and were concerned that it was another type of aggressive cancer. Thankfully, they were able to remove that growth as well. Turned out it was also a neuroendocrine tumor.

Thankfully, I had no major side effects postsurgery, other than your typical soreness. I felt pretty good! Now I just have to go back every three months for the next two years for scans. If everything continues to look good, then I’ll only have to go every six months for three years.

Friends, family, even people I know in the medical field asked if I was going to get a second opinion. I never felt like I really had to. I always felt Fox Chase was the best place available.

The nurses worked so hard. There was not one person there that I did not have a great experience with. From the top doctors to the guys mopping the floor. To me, their knowledge was second to none. Their bedside manner was fantastic. They were great in every way.

I was told after my surgery that I could return to my construction job in three to four months, but after laying in the hospital bed I decided to retire. I got a part-time delivery job, but that is just to have extra money for my golfing. After 40 years of golfing, I finally get to be out on the course twice a week.

I also get to spend more time with my wife Kathy, visit our two daughters, and hang out with our dog and two cats. Our dog makes sure to give me plenty of exercise with four walks a day down at the park. I’m doing everything I wanted in life and that is all thanks to Fox Chase.