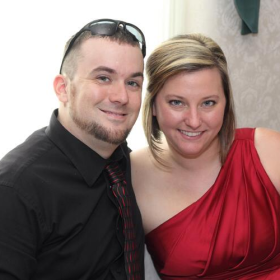 "Dr. Farma treated me and the cancer separately, which was very refreshing. I didn’t want to be just another statistic."
‐William Purner

I was 25 in 2009 when I noticed a large half-dollar-size mole on my back, something I knew had not been there before. I am fair skinned and burn easily in the sun, so I have never been a sunbather or tanner. I generally take precautions when I’m out in the sun, so when this mole appeared, I knew I should see my doctor.

My primary care physician suggested that I get the mole biopsied and removed at a community hospital. I had a week of immeasurable anxiety before I finally got the result of the biopsy, which was positive for cancer cells. The doctor referred me to Fox Chase Cancer Center.

I met with Jeffrey M. Farma, MD, FACS, a surgical oncologist at Fox Chase, who gave me a diagnosis of stage 3C/4 melanoma. He explained that the melanoma had spread from one part of my body to another, but that my case was treatable. He said he would do everything in his power to get things under control.

My first impression of Dr. Farma was that he was the doctor I wanted in my corner. He was very direct and to the point, which I liked a lot. I wasn’t looking for counseling, but rather I wanted a diagnosis and information about what the next step should be. I was young, strong, and I was ready to fight. I guess Dr. Farma saw that in me and got right to the point.

I appreciated his direct and compassionate approach to my care. He explained exactly what needed to be done and what I could expect from him. He treated me and the cancer separately, which was very refreshing. I didn’t want to be just another statistic.

Dr. Farma performed a wide excision of the affected area on my back, and he biopsied a lymph node under my right arm. When the lymph node tested positive for cancer, he conducted a dissection under my right arm to get rid of the cancer and to gain clear margins. After that, I continued my treatment with chemotherapy at a hospital in Center City Philadelphia, a location more convenient to where I work.

My treatment was successful, and I married my wife Maureen in 2013. In 2015, Maureen and I welcomed our baby boy, Liam, to our family.

In 2016 I turned 32 and marked 7 years of being cancer free. I remain very grateful to Dr. Farma and the entire team at Fox Chase. They have been there for me from day one. Fox Chase is amazing, offering any and all available resources for me to use in case I needed them.

I still return to Fox Chase each year for an annual check-up with Dr. Farma. It's almost bittersweet that I only see him once a year now. He is not just a good doctor but a great man. I felt comfortable trusting his opinion and decisions about my care. I have met many doctors along the way, and Dr. Farma is one of the best, and Maureen and I can’t thank him enough.