From a Normal Life, to an Extremely Rare Diagnosis. 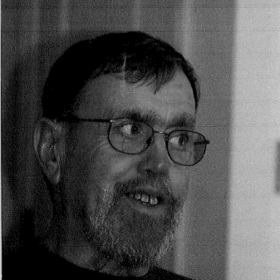 "It wasn’t just one person, but a whole team of people, who helped save my life and gave me the best care possible."
‐Preston Moyer

My wife and I always look forward to the winter. We live in the suburbs of Philadelphia, but we spend our winters away from snowy Pennsylvania in the Outer Banks of North Carolina, where we get to enjoy the southern warmth at our vacation home.

In November of 2014, we were preparing to travel to the Outer Banks for Thanksgiving when I began to experience severe stomach pain. It wasn’t something I’d ever had before, so I went to see my family doctor immediately. After a CT scan, the doctor told me I had a nodule in my left groin.

My doctor told my wife and I that there was only so much he could do for me, so we began to search for a second opinion. My sister, who previously worked in the local hospital’s ER, knew a doctor at Fox Chase Cancer Center, and had heard good things. We were guided to Dr. David Chen, who scheduled a biopsy of the nodule. I then received the news I never expected to hear: I had a rare form of cancer called peritoneal mesothelioma.

Finding Our Way at Fox Chase

We were a little lost when we first arrived at Fox Chase, and it must have looked like it, because immediately a man in a lab coat standing nearby stopped what he was doing and took the time to personally guide us to our destination. That set the foundation for the incredible level of hospitality and kindness we encountered at Fox Chase.

I then met with Dr. Sanjay Reddy, who impressed me with his skill and kindness. He explained the procedures that I would have to undergo, and introduced me to a team of doctors who would collaborate in my care, including Dr. Chen and Dr. Hossein Borghaei. Then Dr. Reddy gave me his personal cell phone number and told me I could call any time if I had any issues or concerns. I had never had any doctor do that before.

Dr. Reddy’s plan involved several steps. First was a minor surgical procedure to clear a bowel blockage. That would be followed by three rounds of chemotherapy. Then, he would perform an invasive 14-hour surgery to remove a portion of my intestine. Part of the surgery involved a chemo-flush performed by a HIPEC team. HIPEC stands for hyperthermic intraperitoneal chemotherapy. It is a newer method of treatment that delivers drugs directly to the abdomen during surgery.

The Long Road to Recovery

Through the months of treatment, the difficult surgery, and my two-week inpatient stay as I recovered, the staff at Fox Chase took impeccable care of me and my family. While I was in surgery, my wife and sister received hourly updates from the doctors on how it was going, and I never felt alone as I went into recovery. Someone was by my side at all times when my wife couldn’t be.

I’m both legally blind and hearing impaired, and the nurses and staff accommodated my every need. Even my wife and sister received top-notch care while I was recovering. After long days at the hospital, both were escorted to their cars late at night when the parking garages were locked up.

The doctors and nurses helped make my transition home easier, too. Dr. Reddy was never bothered by any phone call, and he and others checked on me regularly. Now I come back to Fox Chase every few months for scans and blood work, with no signs of the cancer returning, and no additional treatment needed.