Laura Marblestone: Breast Cancer - Just A Bump In The Road Of Life 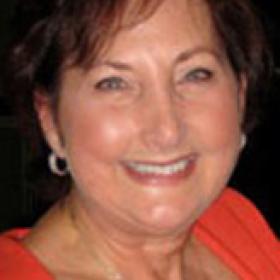 My mother was only 43 when she lost her fight with breast cancer. Because my mom was diagnosed so young, I regularly performed breast self-exams.

In May 1990, at the age of 40, when I was busy taking care of my young children, I detected lumps in my left breast. I received a lumpectomy, and although the results were benign, I developed a lump under my arm around the same time. My doctor said it was a swollen lymph gland, likely related to the surgery. He told me it was nothing and that I didn’t have to worry.

But I did worry. My cousin had just been diagnosed with cancer around Christmas, and although my mammogram was negative in January 1991, I opted for a biopsy anyway. During the procedure, doctors removed the lymph node, and to my surprise, the results revealed a diagnosis of encapsulated metastatic carcinoma. A doctor friend who’d trained at the National Institute of Health (NIH) recommended I go to Fox Chase Cancer Center. He’d worked with Dr. Lori J. Goldstein at the NIH, and she had just joined Fox Chase. I knew that’s where I wanted to go.

Dr. Goldstein, a medical oncologist specializing in breast cancer, created the Breast Evaluation Center at Fox Chase in 1990 and is a leader in the Center’s breast cancer research program. Although many of my tests still proved negative for cancer, one blood marker tested positive.

Per Dr. Goldstein’s recommendation, I opted for a mastectomy, performed by Fox Chase surgical oncologist Dr. John Hoffman. He performed a mastectomy and removed 15 lymph nodes. Because my mother’s breast cancer had recurred under her scar tissue, I opted not to have reconstructive surgery and wore prosthesis instead. After a round of chemotherapy, I was considered cancer free.

During my treatment, I had taken leave from my job in real estate for quite a while. I spent most of my time recuperating. I had previously worked as a nurse before I had my children. While lying in the hospital bed, I realized I could do it again and decided to go back to nursing.

For the next 15 years, I worked as a nurse and continued to watch my children grow up. That happy state of affairs continued until I found a lump in my right breast in September 2006. The next day, I was at Fox Chase for a mammogram, an ultrasound, and a needle biopsy. A few days later, I got the call. They told me what I already knew—I had cancer.

Within nine days of finding the lump, a team that included breast surgeon Dr. Richard J. Bleicher performed my second mastectomy. It was incredible--I was home from the hospital the next day and went to Rosh Hashanah dinner that night. I barely even needed pain medication. Afterwards, I underwent six chemotherapy treatments and was told my blood work looked good.

I took a leave of absence from my nursing job at the time, but I just kept plugging along. My kids were older during this second diagnosis, and we all managed very well.

I opted for a bilateral TRAM flap, which utilizes a portion of skin, fat, and muscle from the abdomen to form new breasts. After all I’d been through, I was absolutely thrilled with the results. I have natural-feeling breasts, and my stomach is flat as can be. Even though it took me three months to recover, I would do it again in a heartbeat. The doctors at Fox Chase were thorough--they didn't leave a stone unturned.

Just A Bump In The Road

It’s been a long road. The genetic research is much more advanced than the first time I had cancer. I’m a firm believer in being proactive and being your own advocate. Ultimately, we’re all responsible for our own decisions when it comes to our health. I now have three granddaughters and a grandson, and I continue to work as a nurse and spend my free time babysitting, golfing, and reading.

When diagnosed with cancer, I would tell someone to just keep a positive attitude and continue with your life. This is a bump in the road, and before you know it, it will be over and will be a memory.