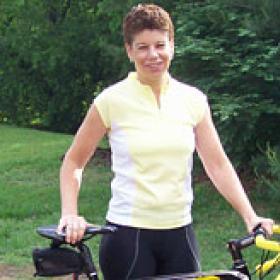 "As soon as we met the team of doctors, we knew we were in good hands."
‐Deborah Dahl

When Deborah Dahl recalls being in her late 20s and single in 1992, it's probably not what you would expect. After experiencing stomach pains, she went to her doctor, who ordered a colonoscopy.

The colonoscopy results were alarming. At the young age of 29, Deborah had colon cancer.

She had the cancer surgically removed at her local hospital. Unfortunately, during the surgery, doctors found the cancer had spread to her liver.

"After the surgery, a family friend told us about Fox Chase Cancer Center's stellar reputation in treating cancer that metastasized to the liver. We made an appointment with Dr. John Hoffman, a surgical oncologist who was well-known for his expertise in liver resection."

Deb recalled, "My parents and I were terrified to learn the cancer had spread. As soon as we met the team of doctors, we knew we were in good hands."

While chemotherapy was initially recommended, her doctor determined that her cancer was operable. After the successful surgery to remove part of Deb's liver, the doctors explained that chemotherapy was not going to be necessary.

"You can't imagine how relieved I was to hear that my doctor was able to safely remove the cancer and I wouldn't need chemotherapy!"

Deb explained, "I felt so lucky. There were no side effects and I could go on with my life."

Deb worked for DuPont in Delaware and was able to return to work after a 6-month leave. Several years later, she got married and relocated to Tennessee, where she currently resides with her husband and two sons.

"Now I live life to the fullest. I have no restrictions. I go to the gym, the beach, run and even took up road bicycling. We are a very active family."

Deb shared, "At times, I feel like I never had cancer. I often feel guilty when I hear stories from other people. I was very fortunate. My doctor really saved my life and for that, I am ever grateful to him."

Deb was not aware of her family history of colon cancer until several years after her treatment. Her mother was diagnosed with the disease and passed away in 2003. Her father died four weeks later. He had lung cancer.

Deb later learned that her grandmother lost her life to rectal cancer. She recalled, "Their generation didn't talk about cancer. I never knew that it ran so strongly in my family until years after I was diagnosed."

Deb still gets an annual colonoscopy and went through genetic counseling and testing. Knowing that colon cancer is hereditary, she will educate her sons about the importance of genetic counseling and screening when they get older. These days, she’s busy keeping up with their activities, which include football and lots of other fun recreation.