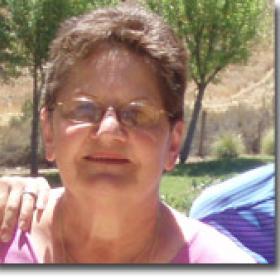 In 1983, Angela Fedele was diagnosed with breast cancer at the same time she was going through a divorce. This 42-year-old mother of four felt that her whole life was crumbling apart. "I felt totally alone and full of despair," shared Angela, who put her health in the hands of her surgeon. After the mastectomy to remove the cancer, Angela tried to pick up the pieces of her life and move on. Little did she know this was just the beginning of a long journey with cancer that would span more than two decades.

Almost five years later, in 1988, Angela was having a gall bladder attack. In the course of diagnosis, doctors detected a malignant tumor on her right kidney. Emergency surgery was performed to remove the kidney. Angela recovered from surgery and once again resumed her life.

Then, in 1990, the year before her second marriage, Angela was diagnosed again with breast cancer. "The doctors determined I would not have to lose the breast, so a lumpectomy was performed followed by radiation treatment," recalled Angela. "I was not pleased with the oncologist at my local hospital. It was time to look for a new doctor."

Angela's primary care doctor referred her to Dr. Paul Engstrom at Fox Chase Cancer Center. "I am so fortunate that Dr. Engstrom has been my oncologist since then," admitted Angela. "He is a warm and compassionate doctor."

Angela's treatment began with a course of radiation therapy at Fox Chase. "The thought of radiation going into my body sent me into an episode of depression," shared Angela. She was referred to a social worker who helped her cope and finish her treatment.

At that point, Angela wished for a reprieve from cancer. Her prayers were answered—at least for 16 years. Then, in 2006, she began to experience occasional severe pain in her abdominal area, often while she was at work. "I remember one attack was so severe that I couldn't drive home," she recalled. "My supervisor called 911. At the emergency room, a CT Scan was performed where a mass was detected on my pancreas." Angela was devastated.

Surgery was her only option for a cure.

"Fortunately, the gastroenterologist at that hospital referred me to Fox Chase," recalled Angela. Additional diagnostic tests confirmed the tumor was stage IV kidney cancer that had metastasized to two separate areas of the pancreas. Angela met a surgical oncologist who specialized in treating complex gastrointestinal tumors like hers. He informed her that tumors were growing at both ends of the pancreas, which is unusual. Surgery was her only option for a cure, but the complex procedure might render her diabetic due to the necessary removal of the involved portions of her pancreas. She learned that only a handful of patients had ever been reported that simultaneously underwent removal of both the head and tail of their pancreas with preservation of enough insulin-producing cells to prevent permanent diabetes).

Angela enjoyed dinner before the Phillies World Series game with her grandson, Anthony; her daughter, Susan; and her dear husband, Tony.

"I felt that I had no control over what was happening to me," admitted Angela. "If it were not for the Fox Chase surgeon and his extraordinary surgical skills, I might not be here today. I am so thankful to be alive and doing so well." They were able to preserve the central 30 percent of Angela's pancreas, and it is still functioning well today without any evidence of diabetes.

"Thank goodness for the psychiatric support available through Fox Chase."

"Since my surgery, I have been under the care of a psychiatrist at Fox Chase, who manages my medications and provides counseling. She has helped me come to terms with my disease and I am feeling much better."

Just when Angela thought she was finished with cancer, it was back. In 2008, a routine mammogram showed a calcification in her left breast, which had previously been treated with radiation. Several biopsies were performed to confirm a diagnosis of cancer. Angela met with Fox Chase breast surgeon, Dr. Richard Bleicher, who performed a mastectomy to remove the tumor. "Dr. Bleicher is a wonderful doctor," she added.

"I cannot say enough good things about the doctors, nurses and staff at Fox Chase."

Angela is grateful to her family, who has remained a very strong support system for her through her cancer treatments. "I am blessed with a wonderful husband, Tony, in addition to my 4 lovely daughters, 6 beautiful grandchildren and 2 great-grandchildren," said Angela. "I cannot say enough good things about the doctors, nurses and staff at Fox Chase. These dedicated professionals truly show their compassion in how they care for their patients." Angela urges others to go to Fox Chase if they or someone they know is diagnosed with cancer.

"If I had gone to Fox Chase for a second opinion when I was first diagnosed, things might have turned out differently for me. It is really important for patients to never give up the fight. I'd like to thank everyone at Fox Chase for saving my life."